Focus on extractor fans from IKEA

Cooker hoods from IKEA have become much better. I’m impressed by the progress over the last 5 years.

→ Our average NeutraTEST Score for all IKEA extractors hoods has increased by 17%.

Now my favourite hoods from IKEA all give excellent value for money: 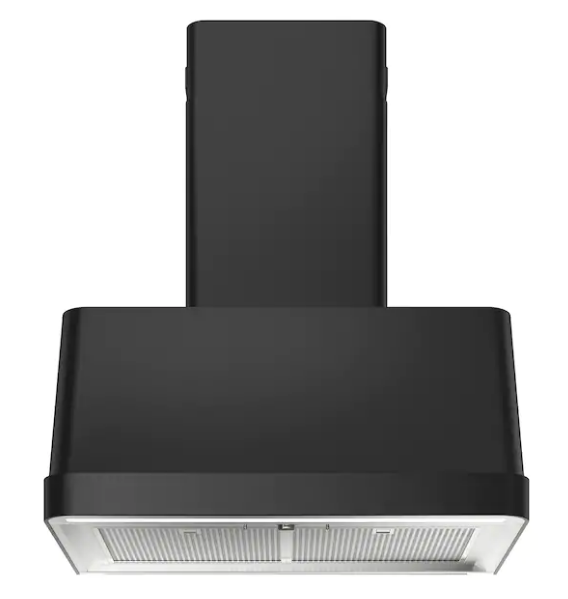 Fullständig is a white 80 cm extractor hood, with everything you need. I give it a “like”.

But I love the black Fokusera hood. 70 cm wide, it is a well-thought out, low-noise cooker hood!

If you like glass, Balanserad, 80 cm, has great performance and a low price. 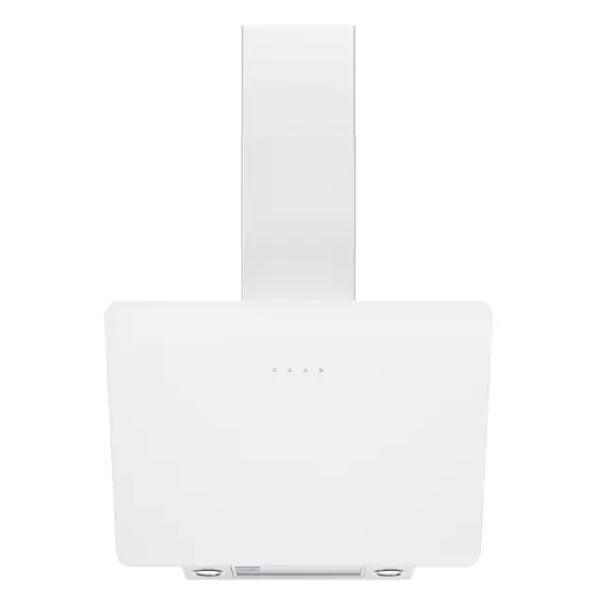 Rytmisk, 60 cm, is priced VERY competitively, but still gets the job done. 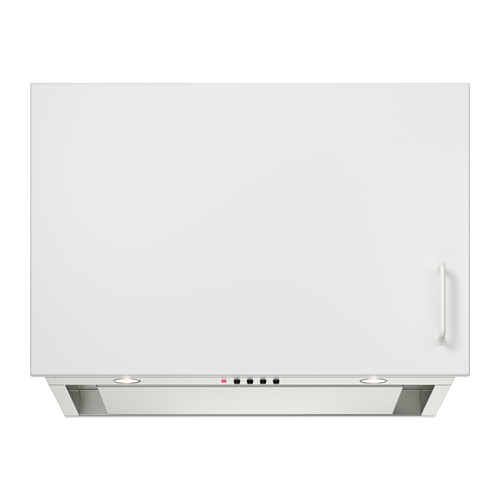 Utdrag has been improved but is, performance-wise, only slightly better than Lagan.

Please note:
Be careful if you buy second-hand IKEA cooker hoods. Often their models change (for the better) but keep the same name, which is confusing for the consumer.
The models concerned are: Kulinarisk, Följande, Omnejd, Svävande, Lagan, Underverk and Utdrag.

Good to know:
IKEA is a truly European company where all models are found everywhere. Prices do vary though, so if you live near a border you may save €50 or €100 by buying “next door”.

Which IKEA cooker hood should you choose?

IKEA’s cooker hoods are so-called OEM products, that is, they are manufactured by Whirlpool and Electrolux. According to our information that means respectively Made in Italy and Made in Turkey, and then the cooker hoods are sold with the IKEA name. By the way, IKEA is one of the companies that have succeeded best in creating a standardized extractor fan product range, meaning that identical cooker hood models are sold in each of the European countries. It appears, though, that the pricing is free so that each national IKEA can set the prices as their local management likes.

There are 25 Ikea-models to choose among! 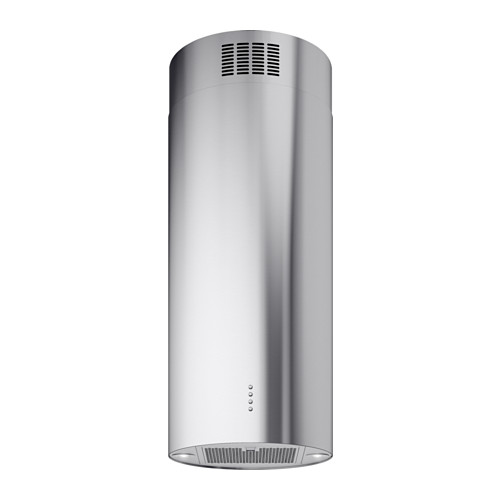 If you have a kitchen island and are looking for the right cooker hood, then IKEA has Omnejd og Svävande, that are anything but identically looking, though both are in stainless steel and 90 cm wide. Turbolens is also in stainless and hanging freely from the ceiling, and it looks like a cylinder of only 43 cm. 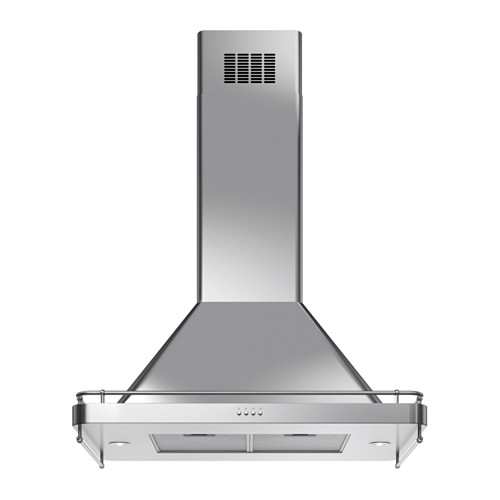 We notice that IKEA continuously is improving the performance of their cooker hoods. For example Omnejd has gone from an Energy Class B to A, and the light has been significantly improved jumping from E to A. The three above-mentioned model names are not new, but the improved test results mean that the NeutraTEST Score is improved by 0.5 on a scale to 10, which roughly corresponds to a 10 % increase. Omnejd achieves 5.9, while Turbolens and Svävande both reach a NeutraTEST Score of around 5.5 with recommended sales prices for the three between £750 and 450, which to us seems very reasonable, knowing that island cooker hoods from most manufacturers tend to be up to twice as expensive as the wall hanging ones for no apparent reason other than the customers’ purchase power. 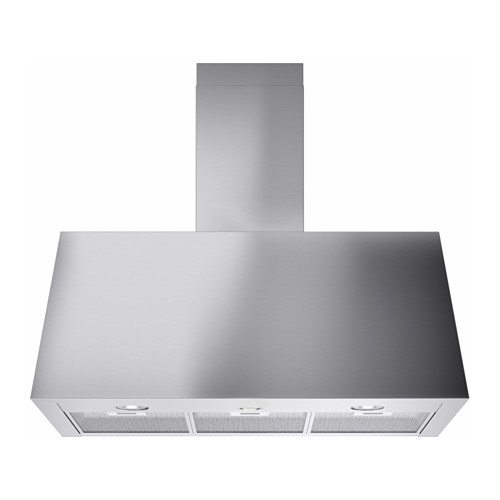 The wall-mounted cooker hoods are still the most common, which is also the case for IKEA, where you can find 14 different models to choose among. It is somewhat surprising that IKEA has not yet the vertical wall-mounted so-called ”inclined” extractor hoods. This ”head-free” solution (as it is picturesquely named in German) is a cooker hood type, which is up and coming, even though this vertical type obviously is less able to catch the steam and the greases from a passive, mechanical point of view as it not serving as a funnel.

IKEA has four different 90 cm ordinary wall-hanging cooker hoods in their range. Kulinarisk and Griljera are both close to excellent reaching NeutraTEST Scores of 6.2 and 5.9 respectively. The Klarluft (meaning “Transparent Air” – IKEA is inventive with regard to names, sic!) is in our point of view not the best choice with a recommended price of £250 and a test score of 4.7, whereas Uppdrag only costs £200 and reaches the better score of 5.3. 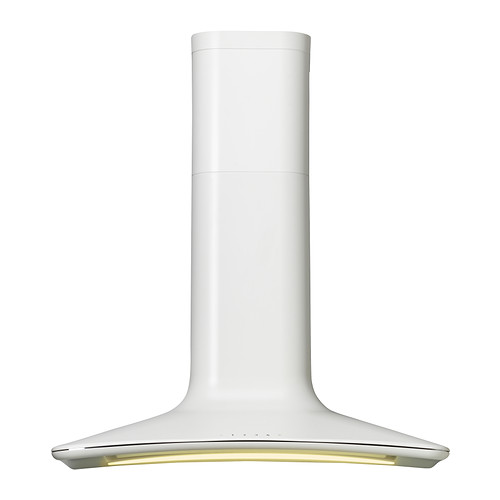 IKEA is different in many ways, and one example is that you have an unusually large choice of different widths of cooker hoods. Följande is 80 cm, scores 4.9 and is an IKEA classic (which for the time being – probably by mistake – on IKEA’s home-page is to be found under the accessories tag). Harmonisk is also a good performer with a NeutraTEST Score of 5.6; it is 85 cm and has a fashionable appearance. If the look is modern or “retro” is up to you. The beige Tjänlig cooker hood is another extractor off the beaten track. It is 65 cm, not expensive and with a performance that does not stand out neither positively nor negatively. The two new Udden wall-hanging extractors hoods in grey-green and stainless steel are remarkable by their round, unusual design and a very competitive price of £130, which is mirrored in the performance with a test score of 3.5. The noise level is at maximum 71 dB and the air extraction performance suits a small-size kitchen.

60 cm is the ”standard” cooker hood width and the seven IKEA extractor hoods in this category are not the most revolutionary from a design and performance point of view. Vindrum in black, white, or stainless steel, as well as Uppdrag with a recommended sales price of only £130 get the best test results, each with a NeutraTEST Score of 5.3. Not far from these results you will find Vindig in stainless, and Molnigt in anthracite grey or stainless steel close to the mean reaching a score 4.9. Luftig is the classic wall-hood with a price of only £100 and a corresponding performance.

The white or stainless steel integrated visor model called Lagan is another very classic extractor model, which IKEA has improved ever so slightly, but not more than it – just – reaches a NeutraTEST Score above 3 on a scale to 10. Utdrag, a telescopic cooker hood, meaning that it can be pulled out to better capture the vapors, is more elegant and reaches a better test score of 3.5, and even though the recommended retail price is more than twice as high it is still very competitive with only £110. Some of our preferred solutions are the invisible built-in extractor hoods. The Underverk cooker hoods fully integrate into your kitchen cupboards and you get a lot of value for your money both in general and with IKEA, as performance is high and prices are very competitive. IKEA offers this attractive solution in 56 and 76 cm. The smaller one gets the better test score of 5.3 as the light is better and more energy friendly – measured according to EU 2014/65 and its predecessor (BS) IEC61591. However, the difference to the larger one is only 0.1.

Talking about measuring and standards, Läckerbit is the only extractor hood where IKEA has not published any test results, even though since January 2015 according to EU 2014-65 all manufacturers have the obligation to do so. Läckerbit is dedicated for recycling the air, which is not the installation method that we recommend. For these two reasons NeutraTEST has chosen not to undertake any test or analysis of the Läckerbit model.

For each extractor hood on their homepage IKEA has a “Good to know” section which we like. We appreciate the no-nonsense information about performance and the useful small comments. For example that in recirculation mode the hood must be completed with the charcoal filter (which has a cost up front and over time) and that for installation with air extraction that you should include a valve in the wall. Nice and useful information. Accessories that can be left out – for example the stainless steel protection which looks like a chimney and hides the flexible tubing – are extras that IKEA sells apart. It makes perfect sense as you can then consider other alternatives that might be less costly, better integrated into your kitchen or better insulated in order to reduce the noise level further. We like well mounted plasterboards that can be painted as a great way for covering up your cooker hood.

IKEA branded cooker hoods can – obviously you may say – only be found at IKEA. We hope that you will stop by our comparator for extractor fans to take a look at all the test results for the cooker hoods on the British market. The data base is continuously growing and we expect to have all extractor fans analyzed and published on our site within a year. You can see how well the IKEA hoods do compared to other brands and you can find the technical data for air extraction, noise, energy or grease filtering efficiency and of course the recommended sales prices. Just click on the price to compare! We hope that we will contribute to making a good choice, and that you shall be happy with your new cooker hood.