Which Elica cooker hood or extractor fan is best-in-test? Find out right here!

The number of different models they have is impressive and NeutraTEST has analyzed a good number (109) on the British market.

It could have been more, BUT for unknown reasons in Great Britain Elica 1) has chosen not to publish test data for its models, and 2) has given the models different names. This makes comparisons more difficult, for example when utilising test data from the continent for identical models.

On our cookerhood tests leaderboard we have chosen to use both the names used by Elica for each model: so, what we call “Edith Diva” is thus called “Edith” on the continent and “Diva” in the UK; “Audrey-Belle” is called Audrey in Europe and Belle in Great Britain and so on and so forth. 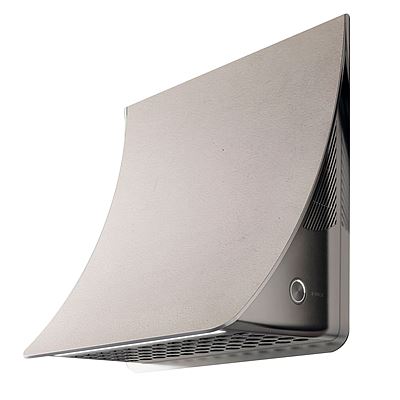 The average of the test results gives a NeutraTEST Score of 5.4 on a scale to 10. A few models, such as Elica’s wall-mounted horizontal models: Crystal, Circus HE, Nuance and Spot HE, obtain NeutraTEST Scores above 6, which is good. Elica Verdi and Elica Film are vertical models but each achieve an impressive NeutraTEST of 6.3. Only the least performing models, of the telescopic type (Sklock, Grixa and HT Gra), are significantly below 5.

We conclude that Elica overall has a satisfactory, but not very impressive, performance level. On top of this we observe that Elica, as mentioned have a large number of different cooker hood models and focus heavily on attractive design. However, often the recirculation mode is either the only mode or the suggested mode when looking at the exhibited photos on both the internet and the datasheets. NeutraTEST is not a fan of the recycling option, as for example for IO Air, Verdi, Jigsaw, Picture, Nuance, 35CC and 70CC.

There are multiple reasons for this:

1) In reality, the performance of an extractor fan mounted in recycling mode is much lower than specs, which - when possible – have been measured in extraction mode for better performance. Furthermore, the tests according to the IEC and EU Norms (defined for the most part by the manufacturers), are undertaken with completely clean filters in order to be comparable and reproducible. However, logically, consumers hardly ever have clean filters in their cooker hoods, which is particularly important when the additional charcoal filter for the recirculation mode is taken into account.

2) The approach of extracting the air from your kitchen makes more sense and is much more reliable.

3) The noise in recirculation mode will always be higher due to more resistance from more filters.

4) People very often forget to renew the charcoal filters as specified by the manufacturers, perhaps due to the associated cost.

By and large, NeutraTEST utilises the manufacturers’ recommended list prices (when available) in order to facilitate comparisons and to ‘situate’ a cooker hood in a certain price range. Given that Elica has a significant presence in Europe, prices do vary, and we suggest checking out prices in several countries. You can go through NeutraTEST’s sites in France, Germany and Denmark: use the red “compare prices” button to the right of each model.