This is particularly true when you live in an apartment! If you live in a flat and have a feeling that your cooker hood is not working, you should continue reading.

Can you imagine a cooker hood without an engine or a fan?

The problem with extractor hoods in flats with central ventilation is:

The solution is a real extractor hood (according to IEC61591) for each apartment with extraction to the outside.

In most apartments, ventilation is centralized, which makes the extractor hood just a chimney-shaped passive hood, catching the heated air that is drifting upwards from the stove. It is therefore not surprising…

that you - as a tenant  - have noticed that turning your cooker hood on, does not make much of a difference apart from providing light.

Part 3 of the building standard covering residential range hoods (EN13141-3) is specifically for designs without a fan.

Let's pause for a second. A range hood (European term for a cooker hood) without a fan? Without a motor? 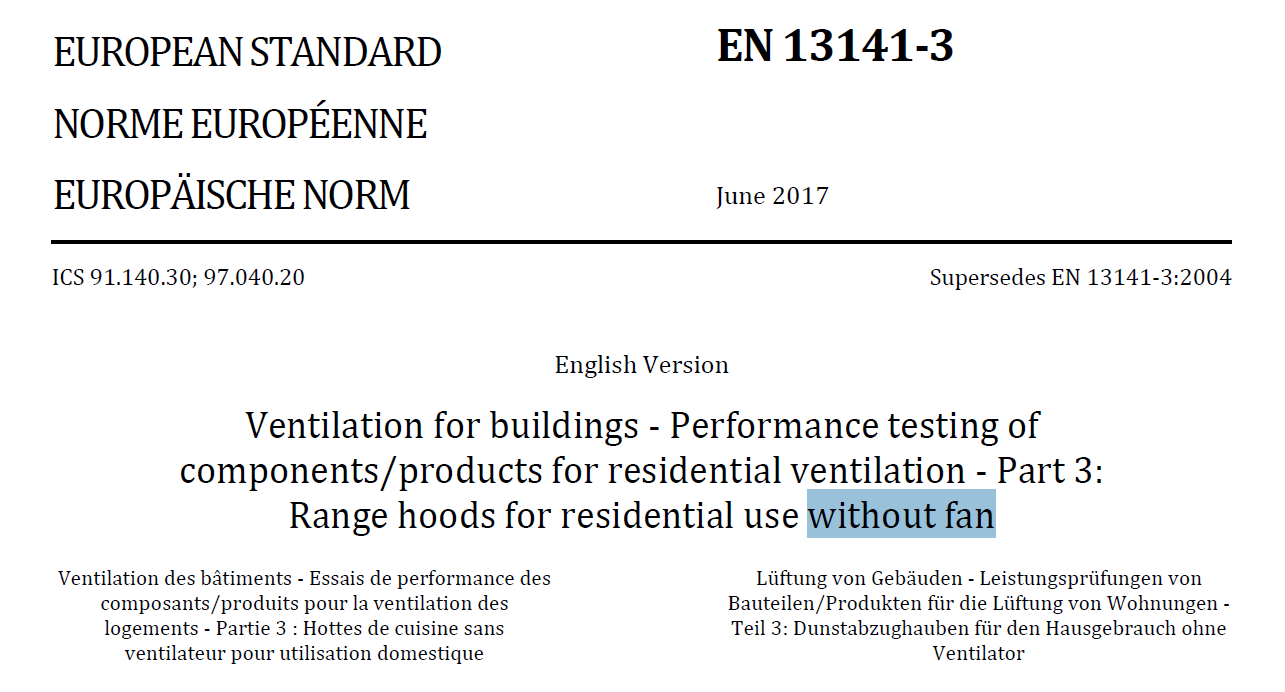 Oh yes. You want a flat with a cooker hood. And you may think you get a cooker hood that works, but something else is more important: The risk of fire. The reason is simple.

To avoid clogging up a centralized ventilation system with an extractor hood, there are 3 options. The first one is the one described above. The third option is the good one, because the cooker hood works well:

The test methods used in EN13141, In particular, Chapter 7 (“Performance testing of odour extraction” with "an odour extraction ≥ 75%“) does not make much sense in neither test procedure, nor interpretation of the results.

The standard was developed in Sweden many years ago, but the direct reference to the norm was abandoned there almost 25 years ago in 1996, when the Building Regulations decided to leave it out.

In Denmark, the building regulation team (December 2020) is updating the BR20 and discussing the role of EN13141.

Things take time but let us hope for progress in all of Europe 😉.